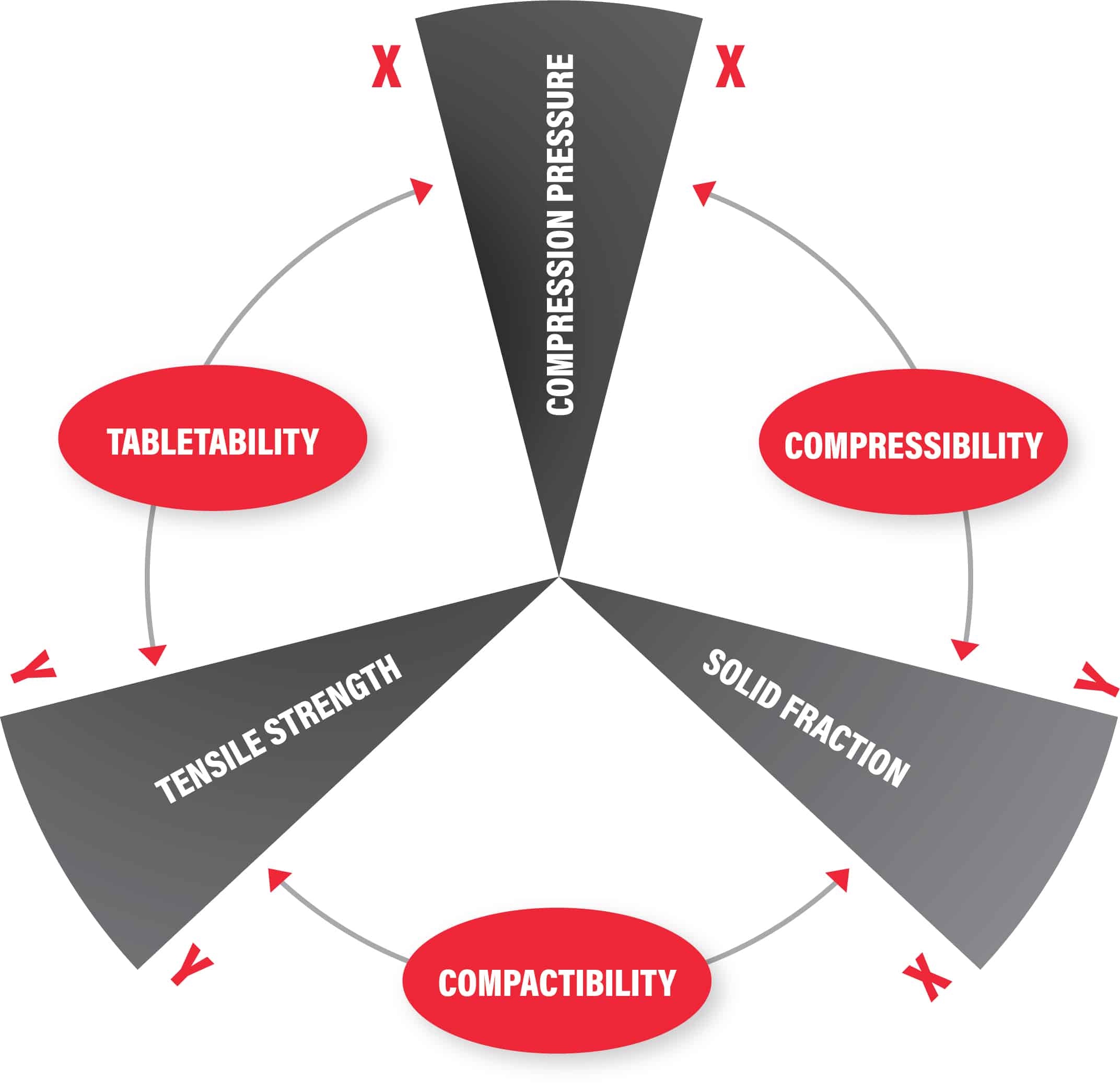 Five years ago, the U.S. Pharmacopeia (USP) published a general chapter <1062> on Tablet Compression Characterization. In simplest terms, USP general chapter <1062> provides direction for best practices as they relate to tablet compression test procedures. Despite the half-decade timeframe, very few companies have made an intentional effort to instruct R&D scientists on how to use their <1062> data. Natoli has been writing on how to leverage this data well before the USP general chapter <1062> was initially published! As a result, Natoli has found that many R&D scientists collect this data, but are unsure how to draw insights from the data. Although the subject is not new, companies have not made a concerted effort to show professionals how to use the data—until now.

Why Scientists Should Use USP <1062> Data

R&D scientists are tasked with answering whether a formulation’s purpose can be realized, i.e. if the product, according to the marketing and product development teams, can actually satisfy customer demand. To ascertain these answers, the journey begins with analytics; scientists have to transform data into insights. To begin answering the question, scientists start small. They conduct trial runs on a small-scale R&D press. These trials generate the valuable data needed to accept or fail to accept the hypothesis: Can the formulation be compacted into a robust, viable, marketable tablet? There are over a dozen factors which, taken together, allow this to happen. Some of these include:
With so many sensitive variables, a miscalculation in even one of them could result in a tablet failing to compact fully. Quantifying all of these factors points to one objective: a tablet’s ability to be compacted in large-scale production.

Showing Scientists How To Scale Their Samples

To help scientists hone in the skills they need to answer this question, we created a seminar titled Tablet Characterization with Regulatory Compliance – USP <1062>. This three-day seminar was created to demonstrate to R&D specialists and other science technicians who work with powders and formulations (before scale-up), how to use their USP <1062> raw data in the tableting process. Natoli’s comprehensive seminar covered all aspects of tablet making, from the foundations such as compression phases and machine sensitivity to advanced topics such as data normalization for different tablet dimensions. 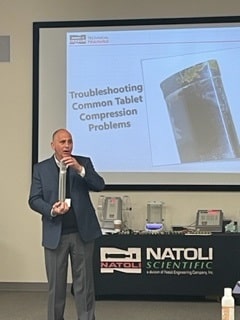 Like most of Natoli’s educational programs, students didn’t simply attend just to endure three days of lectures. They engaged with the materials in laboratory breakout sessions, working alongside highly experienced industry experts from Natoli Engineering and Gamlen Tableting, using highly acclaimed tools such as Natoli’s proprietary TabletCAD and Natoli AIM data acquisition and analysis software. Natoli AIM collects all the necessary information for USP <1062> profiles (compressibility, tabletability, compactability), and then immediately displays that data as digestible information in graphs and charts.
Because the laws of physics don’t change, even when formulations do, the goal was to show students how to use our machines to better understand their data, and then use that information in students’ own labs to prevent future manufacturing and quality issues. Students used machines like:
In surveys collected at the end of the seminar, students rated that the balance of operational and technical topics as “excellent”. Multiple students lauded the depth of knowledge and information from instructors. Natoli’s small class sizes are a hallmark feature of our courses. In this seminar, the small student to instructor ratio afforded students a genuine connection with instructors, who at times divulged personal stories of their professional experiences.

Natoli’s courses completely reinvent what training seminars should look like in the tableting compression industry. Whereas most resemble conferences where presenters talk about their research, courses like this one allow participants time to engage with the material hands-on. We also created this event to serve as a forum to collaborate and network with industry colleagues. Natoli is the only company that has offered this type of immersive, dynamic learning experience. Students who took the course found it so valuable, that 80% of them said they would recommend it to a colleague—and a handful of them have already done so.

(Natoli is) the best. You have no idea how much this has helped us. We greatly appreciate all the hard work.